All About Kunzite with Michael Valitutti 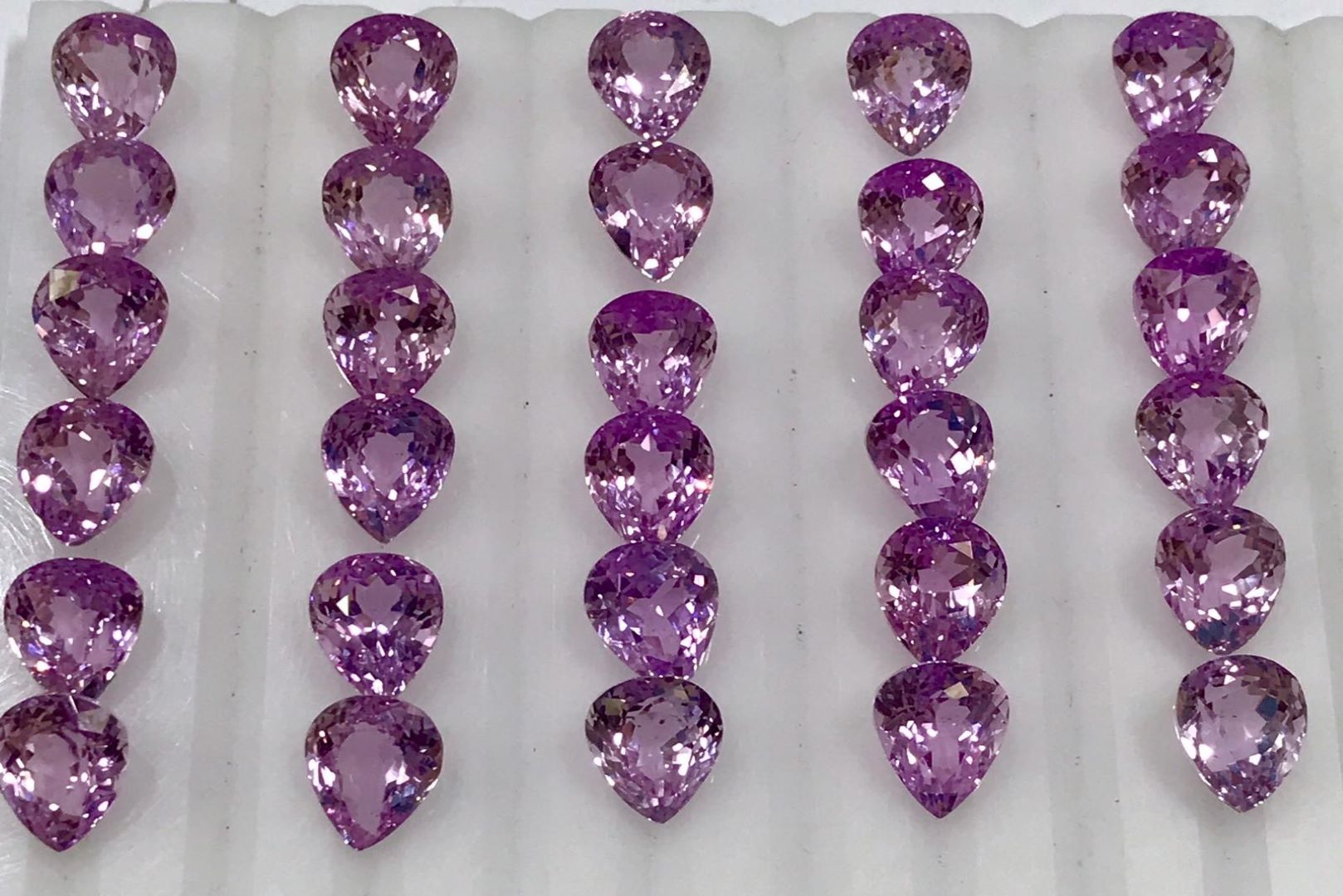 31 Jul All About Kunzite with Michael Valitutti

Posted at 14:47h in Jewelry by ShopHQ 0 Comments
0 Likes
Share
All About Kunzite by Michael Valitutti
The Beauty of Kunzite! If there were ever a stone that says, “spring and summer is here” it has to be kunzite. This amazing gem still captures me every time I look at it. It’s one of these gems that really “pushes” all the right buttons. Why? Because it’s natural, comes in relatively large sizes so 3.00 to 5.00 ct stones are not unusual. It’s blessed with very good clarity, has a unique violet/ pink hue that is unlike any other gem, is relatively affordable AND it even looks good in an opaque form! That’s saying a lot.
https://www.youtube.com/watch?v=Z_SJTr0PV54&feature=youtu.be
Here is some technical data – Kunzite is part of the Spodumene family of gems which also includes Hiddenite (green color). It was first discovered in San Diego county in 1902 and sent to famed mineralogist George Frederick Kunz who rarified that the crystals were in fact Spodumene but that this was a previously unidentified variety as they were pinkish in hue. The gem was named Kunzite in honor of George Kunz in 1903.
Kunzite has a Mohs hardness rating of 6.5 – 7.0 so its similar to quartz for daily wear. It’s relatively free of incursions so bright large specimens are available. Like other gems, prolonged exposure to intense sunlight can cause the color of the gem to fade a bit so suntanning and wearing Kunzite is a no-no. Like most gems, treatment is routine for Kunzite and usually involves irradiation (same type of irradiation used in the food industry). Kunzite is a difficult gem to cut as the cleavage plane is in the same direction as the cutting and faceting which is why most Kunzite is offered in an oval cut. Pay attention to fancy shapes when available as these are harder to come by especially any cut that involves a point or sharp right angles such as the emerald cut or pear shape. When available…scoop them up.
I visited a kunzite mine in California during a GIA sponsored field trip and was amazed to pull out a crystal of pink kunzite that was half green (hiddenite). As soon as I exposed it to sunlight the green portion turned pink (due to the natural ultra-violet light in sunshine irradiating it). Then when I went to wash it, it literally disintegrated in my hand! The miners told me that happens which is why the yield in Kunzite mining is not that high. Simply put…only a fraction of mined crystals ever makes it to market. Today, most kunzite is mined in Brazil and Afghanistan but some product is mined in the USA and Madagascar. Whether it’s in a classic ring, gorgeous pendant, or sexy earrings, Kunzite is one gem you must own.

This is the largest and finest Kunzite I have ever seen in 40 years. It’s almost the size of the palm of my hand. It’s perfect…and priceless. Worth hundreds of thousands of dollars. 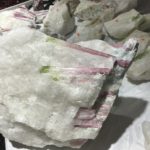 Most Kunzite that is mined is not facet grade. Here are natural Kunzite crystals with the green upper portion which is called Hiddenite. 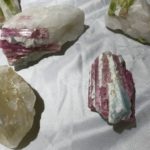 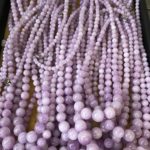 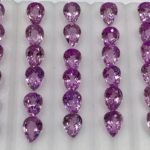 Rare suite of pear shape Kunzite that I bought at the September Hong Kong show. 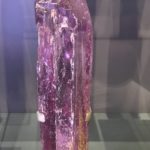 Stunning natural crystal of Kunzite. Rarely does one find specimens of this caliber which is why this is in a museum! 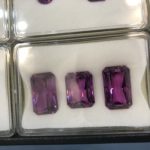 This is Museum Martha Rocha Kunzite. A color so rich and rare it was named after the famed Brazilian beauty queen of the 1950’s whose name because synonymous with “beautiful”