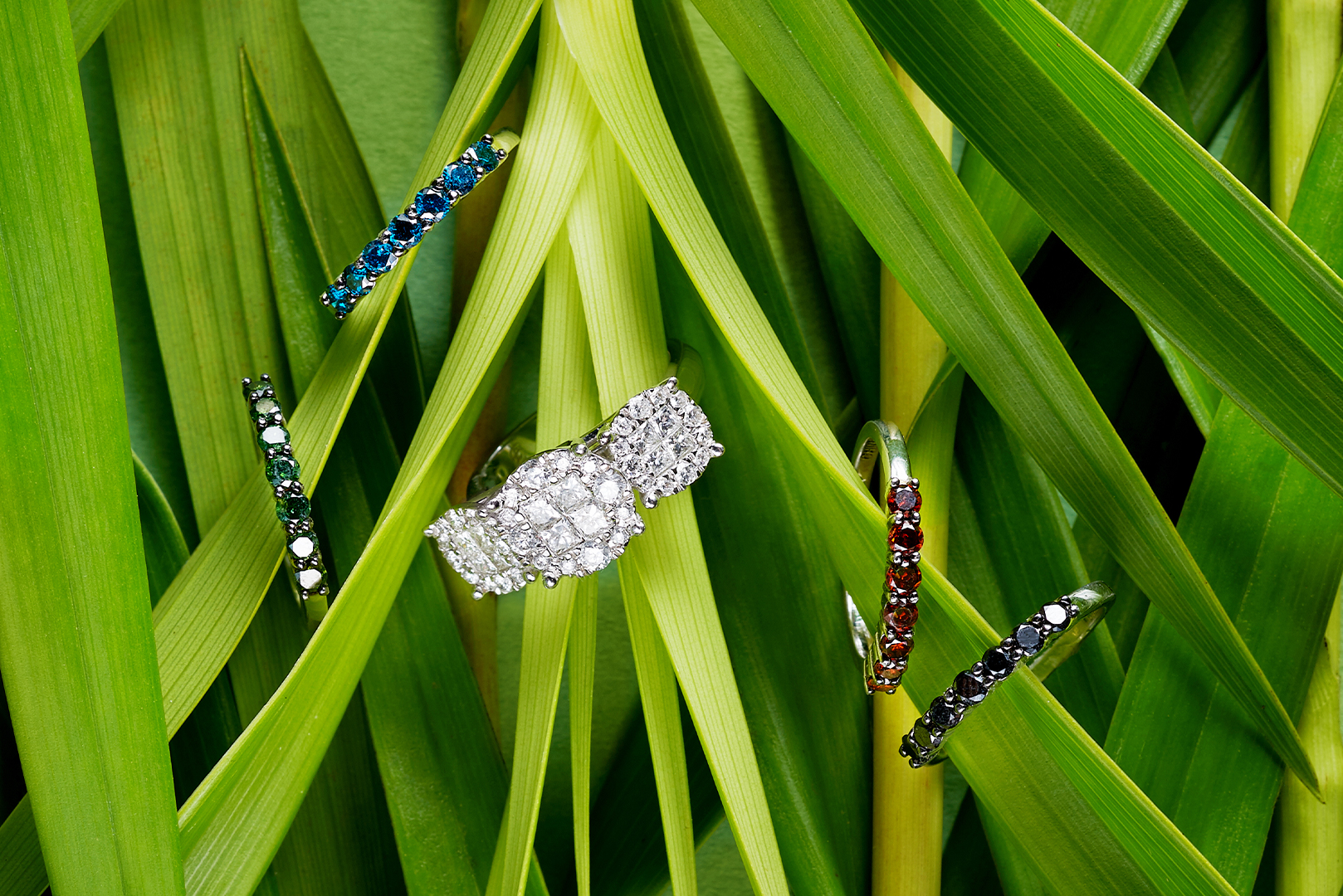 Posted at 22:00h in Jewelry by ShopHQ 0 Comments
0 Likes
Share

The Argyle mine commenced open pit mining operations in December of 1985.  While the diamonds initially unearthed were of a lesser value when compared to the global average; the mine had immense volume and the precious stones had a grade whose richness would eventually rewrite geological textbooks.  As operations progressed, Argyle ultimately became the fourth largest diamond producer by volume worldwide and contributes to roughly 90% of naturally colored diamonds even today.  Most recently, the mine is scheduled to cease operations by the year 2020.

White diamonds are considered to be an everlasting classic but that doesn’t mean colored diamonds are not as beautiful….

Natural blue diamonds are extremely rare and extremely expensive.  Natural blue diamonds get their distinctive hue from invisible particles of the chemical element “boron”.  These tiny particles enter the diamond crystal as it is being formed deep in the earth, turning it blue!  Most blue diamonds found in retail have been artificially treated to bring out the blue color.  Blue is a popular color because of the most famous diamond in the world, the legendary “Blue Hope” diamond (yes, the diamond in The Titanic). If you want to see it, go to the Smithsonian Institute in Washington, DC where it is on display.

Red diamonds are the rarest of all the colored diamonds, in fact they are so rare that 99% of jewelers around the world have never had the pleasure to see these gorgeous stones. It has been documented that there are only 20 natural red diamonds in existence today!  Red diamonds contain zero impurities, they are pure carbon. The red comes from a rare deformation in the atomic structure.  How are expensive are red diamonds?  Here is an example – the famous Moussaieff Red weighing in at only 5.11 carats sold for an unbelievable $8 million, more than 1.5 million per carat.  The Moussaieff Red was on display at the Smithsonian’s “The Splendor of Diamonds Exhibit”.

Natural green diamonds are the second rarest colored diamonds, just behind red diamonds.  The green color of natural diamonds is the result of atomic radiation that affects the diamond’s crystal structure.  There are only a few “totally green” diamonds because most are only green in patches on the surface of the crystal.  You can create green diamonds in a lab by bombarding the diamond with beta and gamma rays at certain temperatures in order to create the green color.  The largest most famous natural green diamond is the “Dresden Green”.  This diamond weighs 41 carats. The “Dresden Green” diamond got its name from the capitol of Saxony where it has been on display for over 200 years.

Pink diamonds are one of the most desirable colored diamonds.  Pink diamonds are in high demand and because of their popularity they are some of the most expensive diamonds, so be prepared to pay a high price per carat.  The biggest source of pink diamonds is the Australian Argyle Diamond Mine that produces almost 90% of total pink diamonds in the world.  Two of the most famous pink diamonds in the world are Darya-I-Nur and Steinmetz Pink. Darya-I-Nur means “Sea of Light” is the largest pink diamond of all time weighing and estimated 182 carats. It has a very rare pale pink color and is currently the priceless part of the Iranian Crown Jewels.  Steinmetz pink is also a unique pink diamond.  This beautiful diamond weighs in at 59.60 carats and has a very rare vivid pink color and is the largest known diamond having been rated Vivid Pink by the GIA.  Steinmetz pink was unveiled in Monaco on May 29, 2003, in a public ceremony.  It was discovered in South Africa and it has been reported that a team of 8 professional jewelers took 20 months to create this beautiful pink diamond which shows how very special this diamond is.

Recently yellow diamonds have seen an increase in popularity and experts think it is because lately many celebrities have chosen yellow diamonds to wear, which has had a significant impact on the increasing popularity of this color. Intensely colored yellow diamonds are much more popular than the faint yellow color that are less expensive.  The largest number of yellow diamonds were found in South Africa including some very famous diamonds like the “Kimberly Octahedron” that weighed 616 carats in its rough state.  Among other places in the world, the Australian Argyle mine is also known for its nice share of yellow diamonds.  The remarkable hue of a yellow diamond can be attributed to one element – nitrogen.  A one carat yellow diamond with a good cut and clarity can cost more than $50,000, which means they can be more expensive than white diamonds.

Carbonado, commonly known as black diamond, is the toughest form of natural diamonds.  It is an impure form of polycrystalline diamond consisting of diamond, graphite and amorphous carbon. Black diamonds do not sparkle and shine like white diamonds but there has been an increase in demand for high quality black diamonds because many celebrities find them to be exciting and cool. A great look with an edge.  Many jewelers consider black diamonds as the least attractive of all colored diamonds because of their lack of luster.

Melissa Miner is a Graduate Gemologist from the G.I.A, one of the most recognized titles in the diamond industry. They are trusted experts for accurately identifying and grading the unique characteristics of diamonds and colored gemstones. Melissa has logged over 20,000 hours of live TV in the home shopping industry! She has a broad product category adeptness, but her favorite is the jewelry category presenting exquisite gemstones and diamonds.